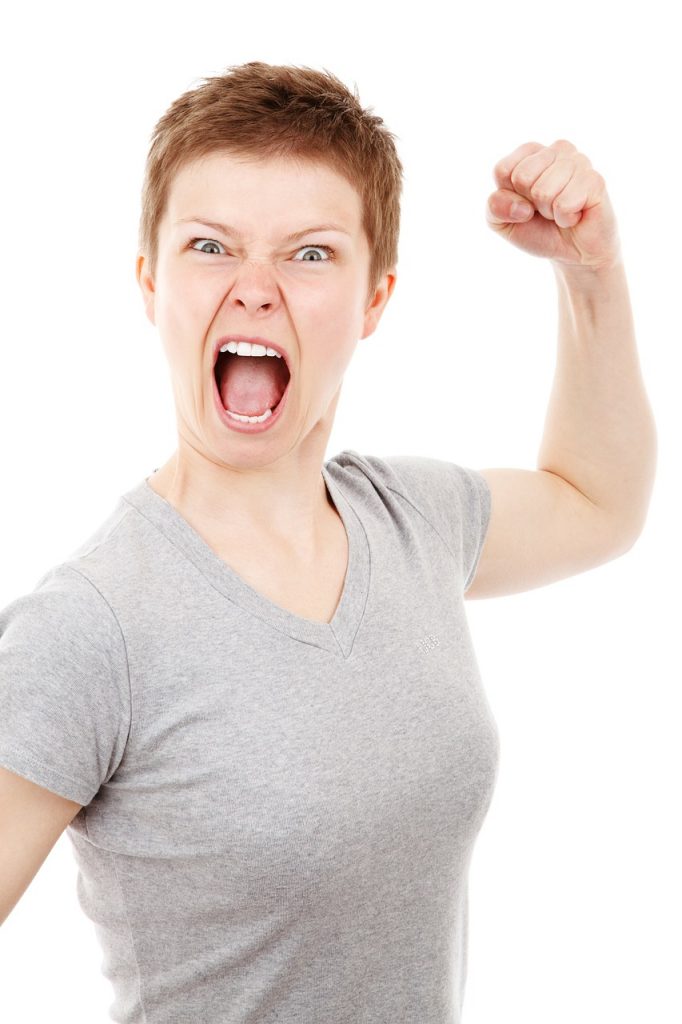 One thing is certain: At some time in our live we all get angry. Anger can either hurt or help you—depending on how you react to a situation.

When anger is used as a motivational tool to drive us to accomplish a goal, it can result in a positive outcome. A person who is constantly defeated in his/her endeavors may rise up and decide to return to school to enhance his/her skills. Anger can motivate the person to become the best in his/her industry.

However, when it's used to hurt someone or used for revenge, it can have life-altering consequences. Anger can jeopardize professional opportunities, damage relationships, cause stress and cause one to make the wrong choices.

In this post, we’re going to share a case study about a woman who discovered her anger issues were working against her in the workplace.

Thirty-seven-year-old Stephanie O’Donnell, a financial analyst, has a hard time getting along with many of her co-workers. Lately, she's been finding it increasingly difficult to control her anger.

Stephanie is quick to pursue revenge whenever she feels someone has been unfair to her. It doesn't take much for her to fly off the handle. She allows her anger to control every situation in her life. For example, she confronted the IT technician and accused him of failing to notify her about a system upgrade.

In reality, the IT department sent out a mass email that required all employees to schedule for a company-wide system upgrade.

The day when the new system was launched, Stephanie needed to gain full access to her client files. When she discovered she couldn't log in to her computer, she contacted tech support.

When the IT guy came to troubleshoot her computer problem, he discovered she didn't register for the mandatory upgrade. She opened the email, but never registered.

The best he could do for her was to schedule an appointment for the next day.

But, Stephanie needed to gain access immediately. The IT guy said there was nothing he could do because he was booked with other appointments. She yelled at him and threatened to have him fired if he didn't fix her computer problem instantly. Not surprisingly, he refused.

Unfortunately, not having access to her computer for the day caused her to lose a new account. She blamed the IT department tech but her department head knew better.

In reality, if Stephanie had only responded to the email, she would have avoided the problem. Instead of taking responsibility for her inaction, she responded with anger and made her predicament worse.

Stephanie realizes her anger issues has caused her to burn many bridges professionally. She knows things aren't going to improve if she doesn't make a change and get her anger under proper management. Mind Focused Coaching (MFC) is the solution to Stephanie’s dilemma.

MFC starts by first helping a person determine his/her destination. Your destination is the place you want to reach so as to have the optimal life you seek. For example, in the scenario above, let’s say Stephanie’s destination will be reached in part when she advances in her career as a senior financial analyst and has solid relationships with her co-workers.

She visualizes the peace she will have when her increase in salary affords her to invest in better memories (benefits, perks, investments, travel). Stephanie also visualizes herself engaging in meaningful interactions with her co-workers.

The path to reaching the destination requires awareness, including: staying attuned to physical cues as they occur in real time; boosting one's ability to distinguish the degrees of arousal; prolonging the time of deliberation; and increasing the capacity for delayed response.

The final step to managing anger is choice. Since all choices are binary, any situation that can lead to an angry response also has a peaceful option. Successfully managing anger comes by determining the peaceful choice and capturing the moment of decision.

With normative self-regulation of anger, regret and guilt are replaced by self-confidence and peace.

Imagine what it will feel like when you’re able to control your anger.

Success and happiness are linked to the quality of your relationships—personal and professional.

At MFC, our Mind Focused Coaching has improved the lives of many. As a result of utilizing our coaching program, you will discover how to manage anger and improve your relationships - personally and professionally.

Our techniques are scientifically proven and not currently being used in any other anger management program available. Most of all, our private one-on-one coaching is kept confidential.

Today, life is a lot better for Stephanie. She has more control over her thoughts and emotions. When a situation arises that would normally cause her to make bad choices (motivated by anger) she makes mindful choices.

She recognizes what deserves attention and what should be ignored. Her friends and co-workers see a significant change in her demeanor and behavior. She is no longer controlled by inner tension.

Are you ready to take control of your anger? For a free assessment, contact Mind Focus Coaching.